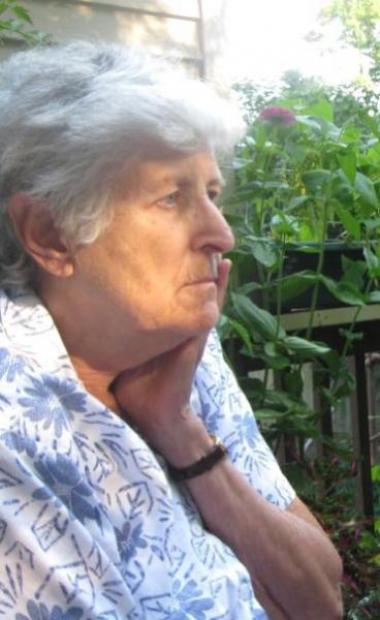 When I first came to Worcester it was [challenging]. The colleges didn’t hire women. I sent my resume to WPI, Holy Cross, Assumption. I mean Clark was accepting women, but my husband already worked there so that didn’t work. I sent my resumes around and they didn’t even answer. They didn’t respond or acknowledge. I remember, I thought I’d call up WPI and talk to the Physics guy and he said, “Well, we do have an opening for a Molecular Physicist” and I said ‘I am a molecular physicist!’ And he said, “Really?” I never got an interview. So I did get a job finally, at Worcester State.

Barbara Kohin, a former councilwoman in Worcester, Massachusetts, was born in 1932 in Providence, Rhode Island. She attended the College of William and Mary, from which she graduated in 1953. After getting married to her husband Roger, she had three children, and now has two grandchildren. Barbara tells about her experiences growing up as a woman in America and the struggles she faced. She discusses these events such as not getting a job as a physicist at General Electric or as a professor at local colleges in Worcester. Barbara elaborates on the fact that she served on the Worcester City Council and was one of the first three women who did so. All three were elected in 1973. Barbara claims that her male counterparts on the Council were successful in getting her voted out of office. She spent numerous years with her family on her husband’s sabbaticals, in which she traveled to Yugoslavia, Kenya, and India. Barbara maintains a strong presence in Worcester, with her vast experience from serving on numerous boards at organizations and schools, like on Worcester State College’s [Now, Worcester State University] Board of Trustees, where she served as the chairwoman. Sharing advice with students everywhere Barbara said, “Try to learn about other cultures, make friends from other areas.”

This is one of hundreds of interviews by WWOHP. This interview may be read in its entirety by clicking on the "Oral History Project" link on the home page.